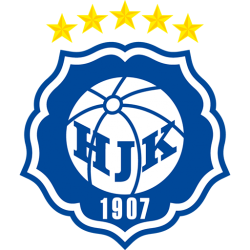 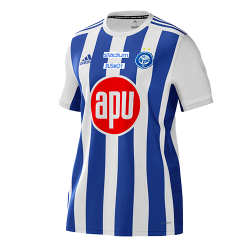 Helsingin Jalkapalloklubi (literally The Football Club of Helsinki), commonly known as HJK Helsinki, or simply as HJK, is a professional football club based in Helsinki, Finland. The club competes in the Finnish Veikkausliiga. Founded in 1907, the club has spent most of its history in the top tier of Finnish football. The club's home ground is the 10,770-seat Telia 5G -areena, where they have played since 2000.

HJK is the only Finnish club that has participated in the UEFA Champions League group stage. In 1998, they beat Metz in the play-off round to clinch their place in the competition for the following season. HJK has also participated in the UEFA Europa League, in 2014–15, defeating Rapid Wien in the play-off round. The club's highest score in a European competition came during the 2011–12 season, with a 13–0 aggregate victory over Welsh champions Bangor City, which included a 10–0 home win.

HJK's regular kit colours have long been blue and white shirts with blue shorts and socks. The club's crest has been nearly untouched for a century, it has only undergone one minor font change in order to modernize it.