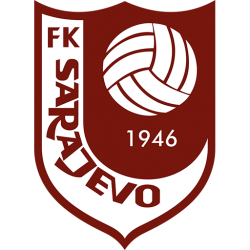 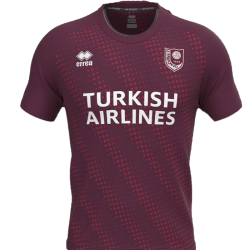 Fudbalski klub Sarajevo is a Bosnian professional football club based in Sarajevo, the capital city of Bosnia and Herzegovina and is one of the most successful clubs in the country. Founded on 24 October 1946, FK Sarajevo was the most successful club from SR Bosnia in former SFR Yugoslavia, winning two Yugoslav First League titles, being runners-up on two other occasions and finishing 6th in that competition's all-time table. FK Sarajevo was the only major football club founded by the post-war Yugoslav authorities in the city of Sarajevo. The club entered the Yugoslav First League in the 1948–49 season, and eventually competed in all but two seasons in the top-tier.

Asim Ferhatović Hase Stadium is a multi-purpose stadium located in Sarajevo Canton, Bosnia and Herzegovina. It is also known as Koševo Stadium and Olympic Stadium. The stadium is owned by the city and is located in the Koševo neighborhood of Sarajevo. In 1984, the stadium hosted the opening ceremony of the Winter Olympics. Currently, it is home to football club FK Sarajevo and the Bosnia and Herzegovina national football team.

The stadium was opened in the year 1947. In 1984, it was reconstructed for the 1984 Winter Olympics, and is therefore often called Olympic Stadium. Now, it is officially called "Asim Ferhatović - Hase" since July 2004, after Asim Ferhatović, the legendary FK Sarajevo player who retired in 1967.

Today Asim Ferhatović Hase can seat 37,500 though attendance for concerts can be expanded to roughly 80,000, such as for U2's PopMart Tour in 1997 and Dino Merlin's Burek tour in 2004. It is also the home stadium of the national football side of Bosnia and Herzegovina.

Construction works started in 1947. The stadium was literally buried into a local hill thus merging with its natural surroundings. In 1950 a pitch and a tartan track were also added. The first international football match, between Yugoslavia and Turkey, was played in 1954.

In 1966, the stadium hosted an athletic championship for the Balkans. It was renovated for that occasion. New administration building was built, so were the new locker rooms and a restaurant. A modern scoreboard and new lighting were also provided.

The stadium was renovated for the third time after the Bosnian War, in 1998. By adding the chairs on every stand the seating capacity of the stadium was reduced to 37,500.

The stadium's largest attendance was recorded in 1981–82 league match between FK Sarajevo and FK Željezničar. Allegedly, about 60,000 people attended the game.

On 7 February 1984, Asim Ferhatović Hase stadium hosted the opening ceremonies of the 1984 Winter Olympics for which it was thoroughly renovated and expanded. About 50,000 people attended the ceremonies. The west stand held 18,500 seating places at that time.