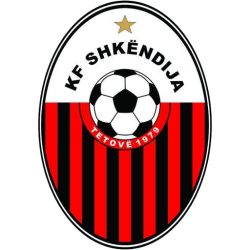 Park City Stadium is a multi-purpose stadium in Tetovo, North Macedonia. It is currently used for football matches. The stadium holds 15,000 seats.

In July 2016, Ecolog International, the owners of KF Shkëndija, took the Tetovo City Stadium under concession from the municipal council, as well as a second ground committing to invest 7.7 million euros in order to make stadium meet the criteria for international matches. The ground has been renamed Ecolog Arena.