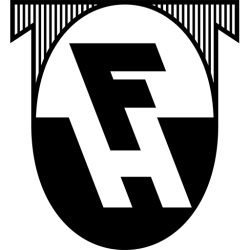 Fimleikafélag Hafnarfjarðar (English: Hafnarfjörður Gymnastics Club), commonly referred to as FH, is a professional Icelandic sports club based in Hafnarfjörður. The club competes in football, handball, athletics, and fencing. Its men's football team has been a dominant power since the early 2000s.

Kaplakriki is a multi-purpose stadium in Hafnarfjörður, Iceland. It is currently used mostly for football matches and is the home stadium of Fimleikafélag Hafnarfjarðar. The stadium holds over 6,000 spectators and has offers 3050 seats. The plan for the stadium development is to expand the seating capacity to over 4,000 seats taking the maximum capacity to over 7,000. Long term plans though are to make the stadium an all-seater, full square stadium with around 6,000 seats and roofs over the stands.