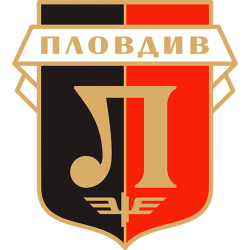 Lokomotiv (Bulgarian: Локомотив) is a Bulgarian professional association football club based in Plovdiv, that competes in the country's primary football competition, the First League. Lokomotiv's home ground is the homonymous Lokomotiv Stadium situated in the Lauta park of the city, with a capacity of 10,000 spectators.

Established in 1926, in the 2003–04 season of the A Group, Lokomotiv became champions of Bulgaria, finishing the season with three points more than the second-ranked, Levski Sofia. Lokomotiv Plovdiv have also won one Bulgarian Supercup, one Cup of the Soviet Army in 1983 and most recently - one Bulgarian Cup in 2019. The club's biggest success in Europe is reaching the third round of the Inter-Cities Fairs Cup in 1965, after losing to the Italian Juventus F.C. in a play-off match.

Stadion Lokomotiv (Bulgarian: Стадион „Локомотив“, English: 'Lokomotiv Stadium'), nicknamed Lauta (Bulgarian: Лаута) after the name of the park in which the stadium is situated, is a multi-purpose stadium located in southeastern Plovdiv, Bulgaria. It is currently used for football matches and is the home ground of PFC Lokomotiv Plovdiv. The stadium was officially opened in 1982 and is a part of a sports complex, which includes an indoor sports hall and a tennis court. The stadium initially held a capacity of 24,000 people, but in 2004 when the team became champions of Bulgaria, after the end of the season part of the stands collapsed, and the capacity was reduced to 11,800 people.