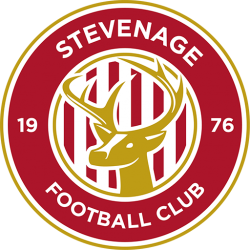 Stevenage Football Club (known as Stevenage Borough Football Club until 2010) is a professional association football club based in the town of Stevenage, Hertfordshire, England. The team compete in League Two, the fourth tier of the English football league system. They play their home games at Broadhall Way in Stevenage.

Founded in 1976 following the demise of the town's former club, they joined the United Counties League in 1980 and enjoyed instant success; winning the United Counties League Division One and the United Counties League Cup in the club's first year in the competition. Following three promotions in four seasons in the early 1990s, the club were promoted to the Conference National in 1994. Despite winning the league in the 1995–96 season, the club were denied promotion to the Football League due to insufficient ground facilities. Stevenage were finally promoted to the Football League after winning the Conference Premier in the 2009–10 season. On securing Football League status, the club dropped the word 'Borough' from its title. Stevenage earned back-to-back promotions when they beat Torquay United 1–0 at Old Trafford in the 2010–11 play-off final.

The club has also enjoyed success in national cup competitions, becoming the first team to win a competitive final at the new Wembley Stadium in 2007, beating Kidderminster Harriers 3–2 to lift the FA Trophy in front of a competition record crowd of 53,262. The club won the competition again in 2009. Broadhall Way, known as The Lamex Stadium for sponsorship purposes, is a small association football stadium in Stevenage, Hertfordshire. It has been the home ground of Stevenage (formerly Stevenage Borough) since 1980, and has a capacity of 6,722 people, including 3,142 seats.

The club plays at Broadhall Way, previously home to Stevenage Town and Stevenage Athletic. Following the bankruptcy of the town's former club, the stadium was not used for three years. The newly formed Stevenage Borough had planned on playing Hitchin Town Youth at Broadhall Way in November 1976 as a "curtain-raiser" for the new venture. Volunteers prepared the pitch in anticipation, but their plans were scuppered when the ex-chairman of Stevenage Athletic — and stadium lease-holder — desecrated the playing surface at Broadhall Way by digging a trench across the full length of the pitch. However, the club eventually moved into Broadhall Way in 1980 as a result of the council re-purchasing the stadium, and allowed the football club to become its tenant.

Following Stevenage's successful 1995–96 Conference National campaign, the Hertfordshire side were denied promotion to the Football League because of insufficient ground capacity and facilities. Consequently, in the early 2000s, the ground was upgraded, with a new £600,000 stand opening, and work on a £5million training facility was announced for nearby Shephalbury Park — which subsequently opened in Autumn 2002. In June 2011, the club secured a 40-acre former sports ground in Bragbury End — with the intention of developing the site into a new training complex. Work began on the development in the summer of 2011, and the staff began to use the complex towards the latter stages of the 2012–13 season.

In January 2009, Stevenage announced that they had signed a seven-figure sponsorship deal with the Lamex Food Group, resulting in the renaming of Broadhall Way to The Lamex Stadium. As a result of the club securing promotion as league champions during the club's 2009–10 campaign, Broadhall Way hosted League football for the first ever time during the 2010–11 season. The stadium now has a capacity of 6,722 people, including 3,142 seats. The capacity was reduced from 7,100 following the club's promotion to the Football League. 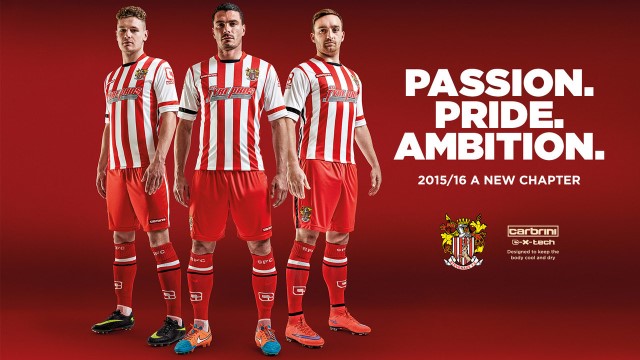