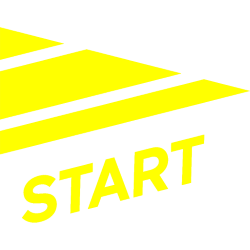 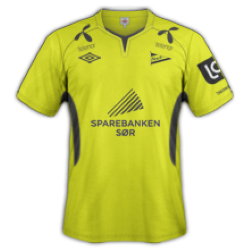 IK Start is a Norwegian football club from the town of Kristiansand that currently plays in Eliteserien, the top division of the Norwegian football league system. The club was founded on 19 September 1905. The club's current head coach is Jóhannes Harðarson. The team plays in yellow jerseys, black shorts and socks at home, and black jerseys, yellow shorts and socks away.

Start's style of playing is often described as 'makrellfotball' (mackerel football), meaning the whole team is in constant, coordinated motion. Another feature of their playing style is the so-called 'Start-vippen' (Start-tip), where the ball at a free-kick is tipped up by one player before hit by another.

Sparebanken Sør Arena ("Savings Bank South Arena") is a football stadium located at Torsvika in Kristiansand, Norway. The all-seater has a capacity of 14,563 people, and serves as the home ground of Tippeligaen side IK Start. It was designed by Kjell Kosberg, and is architecturally similar to Aker Stadion. The venue has seen concerts by Elton John, Dolly Parton and A-ha, among others. The name derives from a sponsorship agreement with Sparebanken Sør. UEFA refers to the stadium as Kristiansand Arena.

Construction started in 2006, and the stadium opened on 15 April 2007, replacing Kristiansand Stadion as Start's home ground. The venue cost 400 million Norwegian krone (NOK), of which the stadium itself cost NOK 250 million, after significant cost overruns. While originally planned with artificial turf, the venue was ultimately built with a natural grass pitch. The venue and the holding company Start Stadion were taken over by Sparebanken Sør, the main creditor, in 2008. They subsequently also took over Start Toppfotball, the company running the club. Both companies were sold to Ernst Ravnaas in 2009. Following decreased attendance, ahead of the 2011 season the seating on the corners was sold as advertisement space and the maximum capacity has artificially been reduced to 11,700.