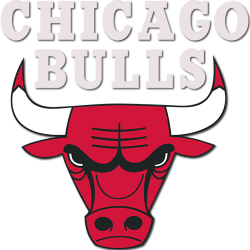 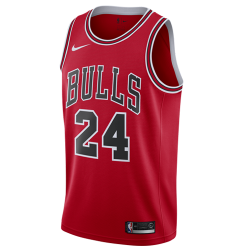 The Chicago Bulls are an American professional basketball team. They are based in Chicago, Illinois, playing in the Central Division of the Eastern Conference in the National Basketball Association (NBA). The team was founded on January 26, 1966. The Bulls play their home games at the United Center, also known as the "Madhouse on Madison." The Bulls saw their greatest success during the 1990s. They are known for having one of the NBA's greatest dynasties, winning six NBA championships between 1991 and 1998 with two three-peats. All six championship teams were led by Hall of Famers Michael Jordan, Scottie Pippen and coach Phil Jackson. The Bulls are the only NBA franchise to win multiple championships and never lose an NBA Finals in their history.

The Bulls won an NBA record-72 games during the 1995–96 NBA season and are the only team in NBA history to win 70 games or more in a single season. Many experts and analysts consider the 1996 Bulls to be one of the greatest teams in NBA history. As of 2013, the Bulls were estimated to be the third most valuable NBA franchise according to Forbes, with an estimated value of $1 billion, earning an estimated $52.2 million in operating income in 2013. Michael Jordan and Derrick Rose have both won the NBA Most Valuable Player Award while playing for the Bulls, for a total of six MVP awards.

The Bulls share rivalries with the Milwaukee Bucks, Detroit Pistons, New York Knicks, and more recently the Indiana Pacers, the Miami Heat, and the Cleveland Cavaliers. The Bulls-Pistons rivalry was highlighted heavily during the late 1980s and early 1990s. The plan to build the arena was created by Blackhawks owner Bill Wirtz and Bulls owner Jerry Reinsdorf. The United Center's predecessor was the indoor Chicago Stadium, the original "Madhouse on Madison", which was demolished after the newer arena opened for business on August 18, 1994. Due to the 1994–95 NHL lockout, the Blackhawks did not move in until January, 1995.

The east side of the stadium features statues of Michael Jordan (known as "The Spirit"), Bobby Hull and Stan Mikita, while a statue of various Blackhawks sits to the north on Madison Street, where the Chicago Stadium was located.