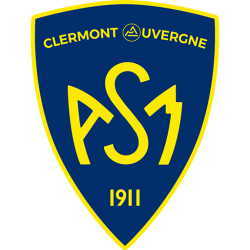 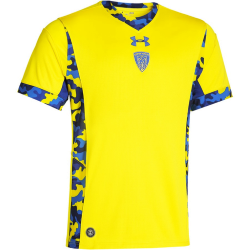 Association Sportive Montferrandaise Clermont Auvergne (pronounced: ) is a French rugby union club from Clermont-Ferrand in Auvergne that currently competes in Top 14, the top level of the French league system, ASMCA is the 2010 France Top 14 Champions. It is the rugby section of the multi-sport club AS Montferrandaise, which was founded in 1911 and adopted that name in 1922. Although the rugby section changed its name to the current ASM Clermont Auvergne in 2004, it is still frequently referred to as Montferrand both within and outside France.

The team plays at the Parc des Sports Marcel Michelin (capacity 18,030) and wears yellow and blue, which are the colours of the city of Montferrand, where Marcel Michelin, the founder's son of the famous French tyre manufacturer, decided to implement the first factory but also the stadium after the creation of ASM for its workers before World War I. L'ASM, as they are also called, are the traditional underdog, always cited among early favourites and praised for their style of play, but never winning when come spring. They have reached the French Championship final eleven times, losing on each occasion until their eleventh trip in 2010, when they finally won the championship. The perennial bridesmaids in their 100th year as a club broke through and conquered France, beating Perpignan in a rematch of the 2009 final.