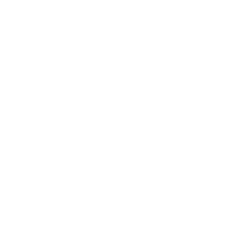 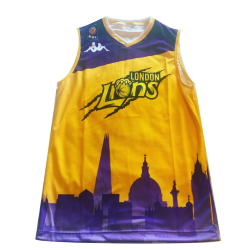 London Lions is a professional basketball team based in London, who compete in the British Basketball League – the top level men's basketball league in the United Kingdom. The club has previously been based in Hemel Hempstead, Watford and Milton Keynes prior to its re-location to London for the 2012–13 season.

From the start of the 2013–14 season, the team will be using the Copper Box, originally built for the 2012 Summer Olympic Games, as its home venue.

The franchise that would become London Lions initially started out in the town of Hemel Hempstead, as the Hemel Hempstead Lakers. The team was named after one of the NBA’s most famous teams, Los Angeles Lakers, and even adopted the famous Lakers colours of Purple and Gold. In 1977, the Lakers entered the National Basketball League’s Division 2, and enjoyed a rather successful rookie season, finishing 5th (from 11 teams) with a 10–10 record. Their second season would be even more successful, with the Lakers finishing second in Division 2 (15–3) and winning promotion to the top-level league Division 1.

With entry into the country’s top league ensure, the club received a major sponsorship deal from beverage brand Ovaltine, and as part of the deal were known as Ovaltine Hemel Hempstead. The franchise became a formidable force in Division 1, regularly finishing at the top-end of the table and making many appearances in the Play-off semi-final’s at Wembley Arena, finishing 3rd in 1981. Following the end of the Ovaltine sponsorship and a one-year deal with retailers Poundstretcher, the franchise was rebranded as the Hemel Royals in 1985. Meanwhile on court, the team failed to reproduce the performances of the past few seasons and often settled for mid-table positions. This was a golden period in British Basketball and Hemel regularly brought top American talent from the States. Dick Miller is the greatest defensive player in the franchises history and probably the game as a whole in the UK. The enigmatic Harvey Knuckles is considered one of the greatest players ever to play in Britain. Steve Hale was a fourth round draft pick, Sam Smith scored big points from all round the court and Daryl Thomas was a prolific scorer.

For the 1989–1990 season the franchise opted to leave the top-tier (now known as the Carlsberg League due to sponsorship from the Carlsberg Group) and return to the second-tier league, which had been renamed as NBL Division 1. After only one season, and a 4th place finish (14–8), the Royals returned to Carlsberg League. The team finished bottom of the league in the 1992–1993 season with a 4–29 record, and were subsequently relegated back to Division 1, however they were later reinstated and returned to the rebranded BBL for the following season. A dismal spell ensued and over the next decade the team wouldn’t finish outside of the bottom 3, but with the removal of the promotion/relegation system between the BBL and Division 1, this had little consequence. The Copper Box Arena is a multi-sport venue used for the 2012 Summer Olympics, located in the Queen Elizabeth Olympic Park in Hackney Wick, London, England. Previously known as the Handball Arena, it was renamed because, aside from handball, it hosted modern pentathlon (fencing) during the Olympics and was the goalball venue for the 2012 Summer Paralympics.

London's Olympic bid proposed that there would be four indoor arenas in the Olympic Park, in addition to other main venues, but the revised masterplan published in 2006 reduced this to three, with the volleyball being moved to Earls Court Exhibition Centre. The fencing arena was also cancelled, and the fencing took place at ExCeL. Construction of the building was completed on time in early 2011 and came in under budget. The design incorporates light pipes and rainwater collectors to reduce both energy and water use by 40%. Test events were successfully hosted at the venue ahead of the Olympic and Paralympic Games in 2012.

In January 2012, the venue was renamed the Copper Box from the Handball Arena, thus reflecting the look of the building and the fact that it would not just be used for Handball. English Handball campaigned for the rebrand to be reversed.