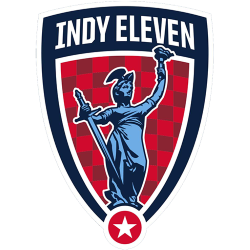 Indy Eleven is an American professional soccer team based in Indianapolis, Indiana. Founded in 2013, the team made its debut in the North American Soccer League in 2014, before moving to the United Soccer League in 2018. The franchise plays its home games at Lucas Oil Stadium, with plans for a new stadium in the city's downtown district.

Lucas Oil Stadium is a multi-purpose stadium in Downtown Indianapolis, Indiana, United States. It replaced the RCA Dome as the home field of the NFL's Indianapolis Colts and opened on August 16, 2008. The stadium was constructed to allow the removal of the RCA Dome and expansion of the Indiana Convention Center on its site. The stadium is on the south side of South Street, a block south of the former site of the RCA Dome. In 2006, prior to the stadium's construction, Lucas Oil Products secured the naming rights for the stadium at a cost of $122 million over 20 years. The venue also serves as the current home for the United Soccer League's Indy Eleven, as well as the home of the Drum Corps International Championships since 2009.

The architectural firm HKS, Inc. was responsible for the stadium's design, with Walter P Moore working as the Structural Engineer of Record. The stadium features a retractable roof and a large retractable window on one end, thus allowing the Colts and the Eleven to play both indoors and outdoors. The field surface was originally FieldTurf but was replaced in 2018 with Shaw Sports Momentum Pro. The exterior of the new stadium is faced with a reddish-brown brick trimmed with Indiana limestone, similar to several other sports venues in the area, including Bankers Life Fieldhouse, Hinkle Fieldhouse, and the Fairgrounds Coliseum.