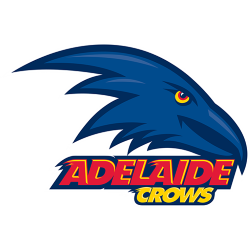 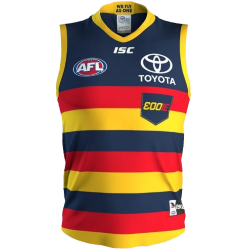 The Adelaide Football Club, nicknamed the Crows, is a professional Australian rules football club that competes in the Australian Football League (AFL). The club is based in Adelaide, South Australia, playing its home matches at Adelaide Oval. The club has its training and administration base at Football Park in West Lakes, where it previously played home matches between 1991 and 2013. The club song is "The Pride of South Australia", to the tune of the Marines' Hymn.

The Crows were formed in 1990 as a composite team owned by the SANFL and played their first season in 1991. They won both the 1997 and 1998 Grand Finals, and have appeared in 12 finals series in their 25-year history.

The club is currently captained by Taylor Walker and coached by Don Pyke. Walker was appointed captain prior to the 2015 season, while Pyke permanently succeeded the late Phil Walsh as head coach in October 2015.