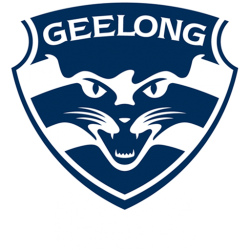 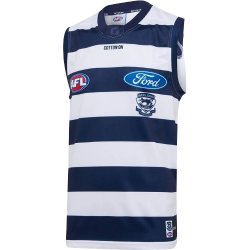 Geelong Football Club, nicknamed the Cats, are a professional Australian rules football club based in the city of Geelong, Australia and playing in the Australian Football League (AFL). The club have been the VFL/AFL premiers nine times, with three in the AFL era (since 1990). They have also won nine McClelland Trophies, a record shared with Essendon. Kardinia Park (also currently known as Simonds Stadium due to naming rights) is a sporting and entertainment venue located within Kardinia Park, South Geelong, Victoria. The stadium, which is owned and operated by the City of Greater Geelong, is the home ground of the Geelong Football Club. The capacity of the ground is currently temporarily around 27,000 due to the construction of a new grandstand, which will yield a total capacity of 36,000 and make Kardinia Park the largest Australian stadium in a regional city (i.e., outside of a capital city).