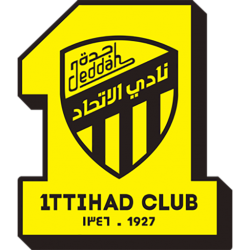 The club was founded on the 4th of January 1927 before the third Saudi state was declared, making it the oldest club in Saudi Arabia. The most successful period in Al-Ittihad's history was the 1990s and mid 2000s, when the club won numerous honours both domestically and continental. The team won Cup Winners Cup in 1999 and two Champions League titles in 2004 and 2005 and as far as going on to compete in the 2005 FIFA Club World Cup. The club has the distinction of being the only Asian club to have won the AFC Champions League twice in a row.

Al-Ittihad has a record of home average attendance for Asia clubs in domestic league matches with the average of 42,371 on 2014/2015 season and that is for the club's big popularity which is the first in Saudi Arabia And Asia.

In May 2015, Al-Ittihad entered The Guinness Book Of Records, as the first and only Saudi Arabian/Asian club entering it, because the club had won 232 different local and regional championships in games in Mansour Albalawi's reign as a chairman of the club from 2002 to 2008, and for back-to-back wins of the AFC Champions League in 2004 and 2005, as the only Asian team to accomplish it.