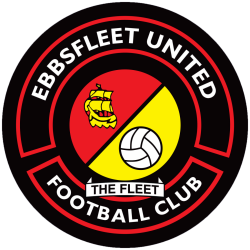 Ebbsfleet United Football Club are an English professional football club based in Northfleet, Kent, that compete in the National League South, the sixth tier of English football. Their home ground has been Stonebridge Road since its inception in 1946. Before 2007, the club was called Gravesend & Northfleet. Between 2008 and 2013, the club was owned by the web-based venture MyFootballClub, whose members voted on player transfers, budgets and ticket prices among other things instead of those decisions being made exclusively by the club's management and staff as at most other clubs. Although one of the Fleet's local rivals, from 2000 to 2006 Dartford had a groundsharing agreement with Ebbsfleet United to use Stonebridge Road as its home. Gillingham used Stonebridge Road briefly for home matches in 1961.

The stadium has a capacity of 4,769 people. The average attendance for Ebbsfleet United home ties at Stonebridge Road was 1,165 in the 2006-2007 season.

When the Fleet plays at Stonebridge Road, the home supporters typically sit in the Main Stand or in the Plough End. Both those seating areas are covered, although seats were not installed in the Plough End, which is also called the Northfleet End, until 2006. Home fans also stand in the terraced Stonebridge Road Stand, which runs along the length of the pitch on the side of the stadium closest to the street and which is also covered. Away supporters typically stand in the Swanscombe End, which is an open terrace.

The pitch size at Stonebridge Road is 112 by 72 yards for football matches, and the pitch is presently maintained by groundsman Peter Norton.

The postcode (for maps and directions) of Stonebridge Road is DA11 9GN.