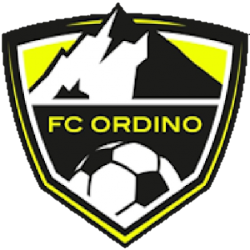 Futbol Club Ordino is an Andorran football club based in Ordino. The club currently plays in Segona Divisió.

Founded in 2010 as a football academy, FC Ordino currently plays the Primera Divisió, after it was admitted by the clubs of the league in 2012. In May 2013, Ordino were promoted to the top division, after winning every game they played in the Segona Divisió. Argentine footballer Javier Saviola joined as an assistant coach in September 2016. The club has successfully reached two Andorran Cup semifinals during the 2014–15 season, against Lusitans, and the 2016–17 season, against Sant Julià. In the 2016–17 regular season they were relegated to the second tier in the playout with a 3–5 on aggregate against Penya Encarnada d'Andorra. At the end of 2017–18 season, the team returns to the first tier after finishing 1st in Segona Divisió.

FC Ordino has often been thought of as an example of small but ambitious and successful young club.

The Andorran Football Federation organizes the matches of Primera Divisió and Segona Divisió in the stadiums owned by the local federation. Also the federation distributes the stadiums and fields for the training sessions for each team. Since the 2016–17 season, FC Encamp is the only club that has its own stadium (✚), located in Prada de Moles (Camp de Futbol d'Encamp). Until 2016 the Camp d'Esports d'Aixovall hosted former matches of Primera Divisió and Segona Divisió.