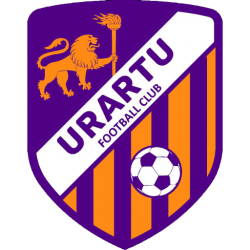 Football Club Urartu commonly known as Urartu, is an Armenian professional football team based in the capital Yerevan, currently playing at the Armenian Premier League. The club won the Armenian Cup three times, in 1992, 2007 and 2016. In 2013–2014, they won the Armenian Premier League for the first time in their history.
In early 2016, the Russia-based Armenian businessman Dzhevan Cheloyants became a co-owner of the club after purchasing the major part of the club shares. The club was known as FC Banants until 1 August 2019, when it was officially renamed FC Urartu.

Urartu Stadium is an all-seater football stadium in the Malatia-Sebastia District of Yerevan, Armenia. The stadium is home to Urartu and has a capacity of 4,860 seats. It was known as Banants Stadium until 1 August 2019, when it was officially renamed Urartu Stadium.