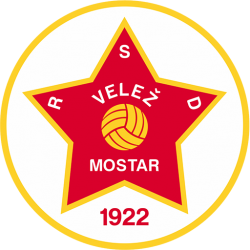 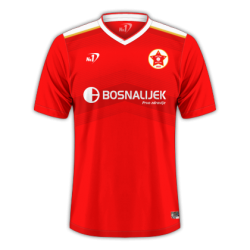 Fudbalski klub Velež Mostar is a professional football club based in Mostar, Bosnia and Herzegovina. The club has a history of being one of the most successful clubs from Bosnia and Herzegovina. It was founded on 26 June 1922. The club currently plays at Rođeni Stadium (7,000 capacity), but its historic stadium is the Bijeli Brijeg (9,000 capacity). Due to the divisions between Bosniak and Croat territories, FK Velež Mostar lost its previous home ground of Bijeli Brijeg Stadium. That stadium was largely used by FK Velež Mostar during the glory days of the club, when they triumphed in the 1981 and 1986 Yugoslav cups. The club also reached the quarter-final stage of the 1974–75 UEFA Cup.

Stadion Rođeni previously known as Stadion Vrapčići is FK Velež Mostar owned football stadium in Mostar, Bosnia and Herzegovina, which is in slow process of development since 1995. It is located in the northeastern part of the city, namely the Vrapčići suburb, and is principal stadium and the home-ground of FK Velež Mostar football club.