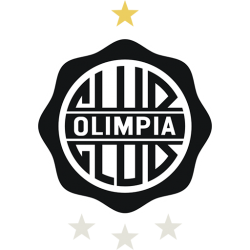 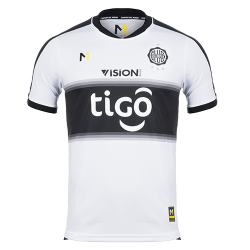 Club Olimpia is a Paraguayan sports club based in the city of Asunción. The club promotes the practice of various sports with most importance given to the football and basketball sides, the former being the highest priority and most successful. They were founded on July 25, 1902 by a group of young Paraguayans, and the name stems from the idea of its principal founding member, William Paats, a Dutchman based in Paraguay, who is considered the father of Paraguayan football for having introduced the practice of the sport in the South America country. Internationally, the club is referred to as Olimpia Asunción in order to distinguish itself from Latin American football clubs of the same name.

Olimpia have won a record 43 Primera División titles to date, including a unique record run of winning the league six consecutive times. The only Paraguayan club to win a CONMEBOL title, Olimpia have won three Copa Libertadores, and been runners-up four times, as well as two Recopa Sudamericanas, one Intercontinental Cup, one Copa Interamericana, and one Supercopa Sudamericana, a competition they won automatically in 1991. In 1979 they achieved the rare feat of winning all possible official titles on offer that year. They completed the quadruple by winning the Paraguayan championship, Copa Libertadores, the Copa Interamericana and Intercontinental Cup.

Olimpia contests the Paraguayan football derby (clásico) with Cerro Porteño, the "clásico añejo" (Old Derby) with Guaraní, and the "black and white derby" with Libertad.

The football team plays its home games at the Estadio Manuel Ferreira, also known as "El Bosque" (The Forest) and "Para Uno". Basketball and other sports, have their own sports centre named after former president Osvaldo Dominguez Dibb in the same site as the stadium in the suburb of Mariscal López. The Estadio Manuel Ferreira is a football stadium in Asunción, Paraguay. It is the home venue of Club Olimpia and is named after former club president Manuel Ferreira Sosa.

The stadium was opened in May 1964 with a friendly match between Olimpia and Santos FC of Brazil, whose team included Pelé. The excitement to see Pelé playing was so great that the stadium's capacity was exceeded. During the game, one of the fences supporting the crowd in the stands broke and many people were injured. As soon as the incident happened, Pelé ran and jumped over the fence to help the injured people. Only minor injuries occurred and the match proceeded, ending in a 2–2 draw.

Though the stadium is the home ground of Club Olimpia, the Defensores del Chaco stadium is used for major derbies against their rivals such as Cerro Porteño because of its greater capacity.

The stadium is nicknamed "The Forest of Stop One" on account of its surroundings constituting large, tall trees, and the location having been the first stop of a now defunct Paraguayan train.