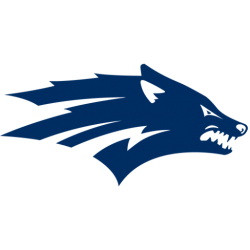 The Nevada Wolf Pack men's basketball program is a college basketball team that represents the University of Nevada, Reno. The team is currently a member of the Mountain West Conference, which is a Division I conference in the National Collegiate Athletic Association (NCAA). The program began in 1913 and has won 23 regular season conference championships and five conference tournament championships. Nevada won a CBI Title in 2016 vs. Morehead State 2-1 in the series.

Lawlor Events Center is an 11,536-seat multi-purpose arena in Reno, Nevada located at the intersection of North Virginia Street and 15th Street on the University of Nevada, Reno campus. It is named after former basketball coach Jake Lawlor.
It was built in 1983 and is home to the Nevada Wolf Pack basketball team. As the largest venue in Northern Nevada, the Lawlor Events Center also hosts boxing, concerts, conferences, PBR events, rodeos, WWE and other entertainment events. It is also the host for Washoe County School District high school graduations.