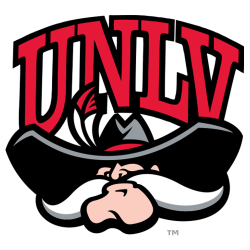 The UNLV Runnin' Rebels are the men's basketball team that represent the University of Nevada, Las Vegas, in the Mountain West Conference of the National Collegiate Athletic Association (NCAA); it plays at the Thomas & Mack Center in Las Vegas. As of 2009, UNLV had the fourth-highest winning percentage (.712) in Division I history, ranking behind Kentucky, North Carolina and Kansas, but ahead of UCLA and Duke. UNLV is 33–19 all-time in the NCAA tournament with a 63.5 winning percentage. In July 2008, ESPNU named the program the eighth most prestigious collegiate basketball program in the nation since the 1984–85 season.

Thomas & Mack Center is an arena located on the campus of the University of Nevada, Las Vegas in Paradise, Nevada. It is home of the UNLV Runnin' Rebels basketball team of the Mountain West Conference.
The facility was first opened in the summer of 1983. The gala grand opening was held on December 16, 1983, featuring Frank Sinatra, Dean Martin and Diana Ross. The facility hosts numerous events, such as concerts, music festivals, conventions and boxing cards. For ring events, the capacity is 19,522; for basketball, the capacity is 18,000.