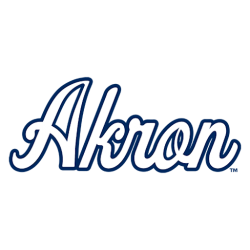 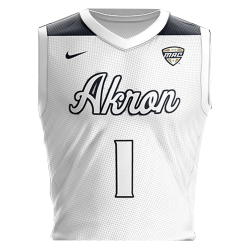 The Akron Zips men's basketball team represents the University of Akron in Akron, Ohio. The team currently competes in the Mid-American Conference East division. The Zips are currently coached by John Groce. Prior to becoming members of the MAC in 1992, the Zips were members of the Ohio Valley Conference and the Mid-Continent Conference.

In 2008, the Zips officially announced they had signed a three-year partnership to be outfitted by the LeBron James line by Nike. They are now the only team with a LJ23/Nike contract. Nike has released several Zips themed versions of LeBron's shoes. Some are available to the public, while others are exclusively for the members of the basketball team.

The team first played in the NCAA Tournament in 1986 when Bob Huggins was their coach. The Zips won their first MAC East division title in 1998. In 2006, the Zips received an invitation to the NIT and won their first-ever post season game at Temple University before falling in the second round. In 2007, the team won their second MAC East title and tied the school record for wins in a season in the Division I era with 26. They also made their first-ever appearance in the MAC Tournament Championship game, which they lost on a last-second shot 53–52 to the Miami RedHawks. The loss cost them the MAC's automatic berth and they were subsequently not selected for either the 2007 NCAA Tournament or NIT, despite finishing with a 26–7 record. The Zips posted a 24–11 record (11–5 in the MAC) in 2008 which included a second-straight appearance in the MAC tournament championship game and a berth in the 2008 National Invitation Tournament. James A. Rhodes Arena, nicknamed "The JAR," is an arena in Akron, Ohio, United States on the campus of the University of Akron. It was built next to and replaced the University's 3,000-seat Memorial Hall gymnasium. Named for former Ohio governor Jim Rhodes, the arena opened in 1983 and is home to the Akron Zips men's and women's basketball teams and women's volleyball team.