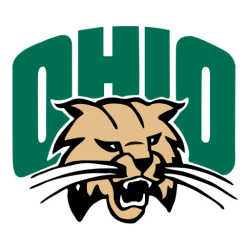 The Convocation Center, affectionately called "The Convo," was designed by Brubaker and Brandt Architects of Columbus, Ohio and built by Knowlton Construction Company of Bellefontaine, Ohio. The first men's basketball game in the arena featured an 80–70 Ohio victory over the Indiana Hoosiers on December 3, 1968.
The Convocation Center's atmosphere has helped the Bobcats to win over 75% of their home games since the opening of The Convo in 1968. At the beginning of the 2001–2002 season, a new student cheering section, dubbed the "O Zone," was started for men's basketball games.
The Convocation Center brought in its largest crowd on February 28, 1970, when 14,102 fans were in attendance to watch the Bobcats men's basketball team defeat the Bowling Green Falcons 77–76. That year Ohio finished 20–5, winning the Mid-American Conference and advancing to the NCAA Tournament.