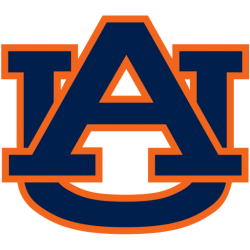 The Auburn Tigers men's basketball team is the intercollegiate men's basketball program that represents Auburn University. The school competes in the Southeastern Conference in Division I of the National Collegiate Athletic Association (NCAA). The Tigers play their home games at Auburn Arena in Auburn, Alabama on the university campus.
Auburn has won four conference regular season championships and two SEC Tournament championships. Auburn has appeared in the NCAA Tournament ten times, making it as far as the Final Four in 2019.

Auburn Arena is a 9,121-seat multi-purpose arena in Auburn, Alabama, on the campus of Auburn University. Built in 2010 to replace Beard–Eaves–Memorial Coliseum, the $86 million facility is the home of the Auburn Tigers men's and women's basketball, women's gymnastics, and women's volleyball teams. It is located on the west side of the Auburn campus, near Wire Road between Thatch Avenue and Heisman Drive. Aside from the main court, the arena also contains two practice courts, a weight room, 12 suites, coaches offices, the Auburn Ticket Office, and the Lovelace Athletic Museum. The outside of the arena features a large monument to the Auburn Creed and a statue of former Auburn men's basketball player Charles Barkley.