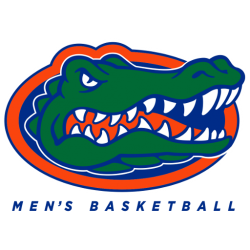 The Florida Gators men's basketball team represents the University of Florida in the sport of basketball. The Gators compete in NCAA Division I's Southeastern Conference (SEC). Home games are played in the Exactech Arena at the Stephen C. O'Connell Center on the university's Gainesville, Florida campus.
The University of Florida's first basketball team took the court in 1915, but success was scarce for many years. Florida's basketball program finally found consistent success under head coach Billy Donovan, who was hired in 1996. In nineteen years as Florida's coach, Donovan led the program to seven of its eight Southeastern Conference (SEC) regular season championships, all four SEC tournament championships, fourteen of twenty-two NCAA Tournament appearances, four out of five Final Four appearances, and back-to-back national championships in 2006 and 2007.

The Stephen C. O'Connell Center, also known as the O'Dome, is a 10,133-seat multi-purpose arena located on the University of Florida campus in Gainesville, Florida. The facility is named for the sixth president of the university, Stephen C. O'Connell, who served from 1967 to 1973. The facility is located on the northern side of the university's campus, between its football field, Ben Hill Griffin Stadium at Florida Field, and its baseball field, McKethan Stadium.