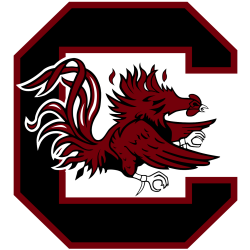 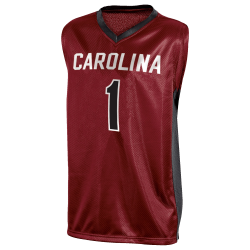 The South Carolina Gamecocks men's basketball team represents the University of South Carolina and competes in the Southeastern Conference (SEC). The Gamecocks won Southern Conference titles in 1927, 1933, 1934, and 1945, and then they gained national attention under hall of fame coach Frank McGuire, posting a 205–65 record from 1967–1976, which included the 1970 Atlantic Coast Conference (ACC) championship, the 1971 ACC Tournament title, and four consecutive NCAA tournament appearances from 1971–1974. The program also won the 1997 SEC championship, National Invitation Tournament (NIT) titles in 2005 and 2006, and a share of the 2009 SEC Eastern division title. Most recently, the Gamecocks won the 2017 NCAA East Regional Championship, reaching the Final Four for the first time in school history. Frank Martin is the current head coach, and the team plays at the 18,000-seat Colonial Life Arena. The Colonial Life Arena is a multi-purpose arena in Columbia, South Carolina, primarily home to the University of South Carolina men's and women's basketball teams. Opened as a replacement for the Carolina Coliseum with the name Carolina Center in 2002, the 18,000-seat arena is also host to various events like conferences, concerts, and graduation ceremonies throughout the year. It is the largest arena in the state of South Carolina and the eighth largest campus college arena.