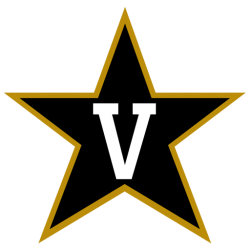 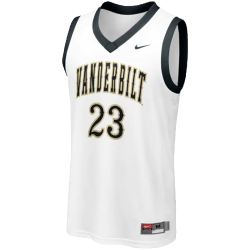 The Commodores play their home games in Memorial Gymnasium. Memorial Gymnasium was built in the early 1950s. It was dedicated as the campus memorial to students and alumni killed in World War II; a plaque commemorating those who died is displayed in the gym's north lobby.

At the time of the gym's construction, there was a serious discussion within the Vanderbilt community about whether the school should de-emphasize intercollegiate athletics and refocus on its academic program. As a compromise between those who advocated increased athletics competition and those who argued in favor of de-emphasis, the gymnasium was built to hold only about 9,000 seats, and it would be readily adaptable to other uses—significantly, as a possible concert hall.

Consequently, the gymnasium floor was built up above its surroundings, more in the nature of a stage. The areas out of bounds along the sidelines were very wide, in contrast with the small facility which it replaced, where the walls were right along the sidelines and players could scrape their shoulders bringing the ball up the court. This necessitated the placement of the benches at the end of the court, which was not highly unusual at the time.

In addition, each goal was anchored by two far-reaching beams attached to support columns, with extra support coming from cables stretching all the way to the gym's ceiling. In the case of a backboard shatter or beam fracture, replacing these goals would be highly difficult, compared to the usual goal setup at most venues.

Memorial Gym is well known for its unusual design. The end-of-the-floor bench location is now unique in major college basketball, and SEC coaches who travel to Memorial, along with coaches from other schools who have played at Vanderbilt as a post-season venue, have said that the unusual setup gives Vanderbilt a tremendous home court advantage, since no other facility in which opponents play is arranged in such a way.