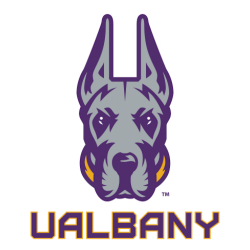 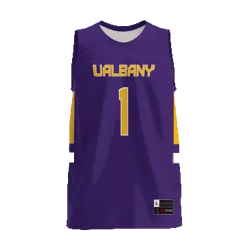 The UAlbany Great Danes basketball team is the basketball team that represent the University at Albany, State University of New York in Albany, New York. The school's team currently competes in the America East Conference and plays its home games at SEFCU Arena. The team played in the NCAA Division I Men's Basketball Tournament in 2006, 2007, 2013, and 2014, 2015. They also made the CIT in 2016 and 2017, and are currently coached by Will Brown. SEFCU Arena is a 4,538-seat multi-purpose arena in Guilderland, New York. It is home to the University at Albany men's and women's Great Danes basketball teams. It is most notable for hosting the 2006 America East Conference men's basketball tournament championship, in which the Great Danes defeated Vermont, to earn their first bid into the NCAA Men's Division I Basketball Championship. The arena additionally hosted the 2009 America East Men's Basketball Tournament, and is also a venue for the university's graduate commencement ceremonies. SEFCU Arena also can be formatted as a concert venue or to accommodate trade shows and conventions. 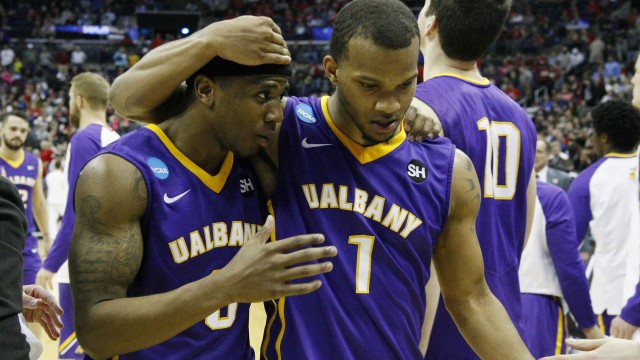