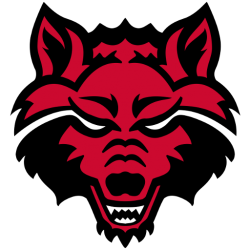 First National Bank Arena (originally called the Convocation Center until 2017) is a 10,475-seat multi-purpose arena located on the campus of Arkansas State University, and is home to their college basketball team, the Red Wolves.
First National Bank Arena has three separate public venues including a 217-seat Auditorium, a banquet/meeting room that can be divided into 3 smaller meeting rooms, and the main arena, which has permanent seating for 10,475.