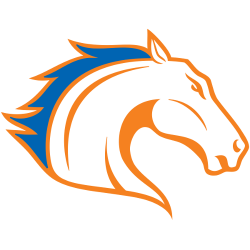 The UT Arlington Mavericks men's basketball team is an NCAA Division I college basketball team competing in the Sun Belt Conference. Home games are played at College Park Center, located on the University of Texas at Arlington's campus in Arlington. The team appeared in the 2008 NCAA tournament, losing against the #1 seed Memphis in the first round, although Memphis was later forced to vacate the win due to infractions committed by the program.
The Mavericks are one of the founding teams of the Southland Conference, which began with five institutions on March 15, 1963.

College Park Center (CPC) is an indoor, multi-purpose arena on The University of Texas at Arlington campus in Arlington, Texas, United States. It seats up to 7,000 spectators.
Its primary tenant is the Mavericks athletic department including the University's basketball and volleyball teams. A secondary tenant during the summer season is the WNBA's Dallas Wings. It also hosts graduation ceremonies for UT Arlington, other private trade schools, and area high schools, along with concerts and events.