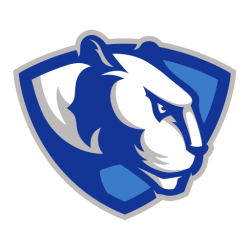 Lantz Arena is a 5,400-seat multi-purpose arena in Charleston, Illinois. It is home to the Eastern Illinois University (EIU) Panthers men's and women's basketball teams and to the women's volleyball team. Completed in 1967, the Lantz Arena Complex also houses the offices of the EIU athletic department, the Lantz Indoor Fieldhouse, and the Ray Padovan Swimming Pool. The building replaced the Health Education Building (now known as McAfee Gymnasium), which was built in 1938 and is now on the National Register of Historic Places. The arena complex is named for Charles Lantz, longtime football, basketball, and baseball coach of the Panthers.