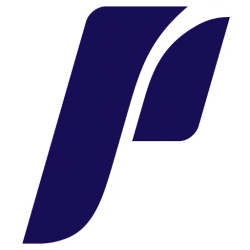 The Portland Pilots men's basketball team represents the University of Portland, located in Portland, Oregon, United States, in NCAA Division I basketball competition. They have played their home games at the Chiles Center since 1984, and are members of the West Coast Conference. On March 15, 2016, the university fired head coach Eric Reveno after 10 seasons.
The Pilots have appeared in two NCAA Tournaments. Their combined record is 0–2.

The Earle A. & Virginia H. Chiles Center is a 4,852-seat multi-purpose arena in Portland, Oregon, USA. The arena opened in 1984. It is home to the University of Portland Pilots men's and women's basketball teams as well as the women's volleyball team. It hosted the West Coast Conference men's basketball tournament in 1992 and 2007.
Construction on the center began in 1983 with an endowment from the Chiles Foundation, and the new facility opened in 1984. In 2006, the school completed $1 million in upgrades to the women's locker rooms, followed by renovations of the weight room in 2008. In 2010, the scoreboard over center court was replaced with a new center-hung video system. In addition to the video system, two new basketball scoreboards were installed along with three-sided shot clocks. The school plans to continue renovations, as well as some expansion, with a $2 million project on upgrading the men's locker rooms, as well as expansions and the construction of a study center for student athletes.