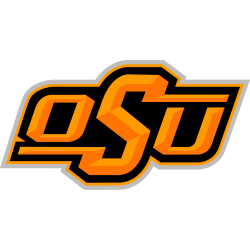 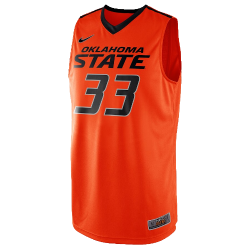 The Oklahoma State Cowboys basketball team represents Oklahoma State University in Stillwater, Oklahoma, United States in NCAA Division I men's basketball competition. (All women's teams at the school are known as Cowgirls.) The Cowboys currently compete in the Big 12 Conference.

Since 1938, the team has played its home games in Gallagher-Iba Arena. Prior to 1957, the school was known as Oklahoma A&M College, and the teams were nicknamed the Aggies.

On March 21, 2016, Brad Underwood was hired as head coach at Oklahoma State, replacing the fired Travis Ford. Just short of one year, on March 18, 2017, Underwood left the program for Illinois. Assistant Mike Boynton was promoted to head coach on March 24. Gallagher-Iba Arena, also once known as "The Rowdiest Arena in the Country" and "The Madison Square Garden of the Plains”, is the basketball and wrestling venue at Oklahoma State University in Stillwater, Oklahoma, United States. Originally completed in 1938 and named the 4-H Club and Student Activities Building, it was soon renamed Gallagher Hall to honor wrestling coach Ed Gallagher. After renovations in 1987, the name became Gallagher-Iba Arena, as a tribute to longtime basketball coach and innovator Henry Iba.