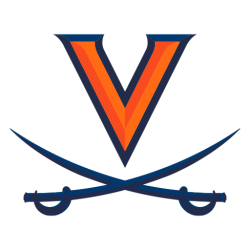 The Virginia Cavaliers men's basketball team is the intercollegiate men's basketball program representing the University of Virginia. The school competes in the Atlantic Coast Conference in Division I of the National Collegiate Athletic Association. Virginia has won one NCAA Championship, two National Invitation Tournaments, and three ACC Tournament titles. The team is coached by Tony Bennett and plays home games at the on-campus John Paul Jones Arena (14,593) which opened in 2006. They have been called the Cavaliers since 1923, predating the Cleveland Cavaliers of the NBA by half a century.
Virginia won the NCAA Tournament Championship in 2019, has been to the Final Four three times, and won the last third-place game ever played at the event in 1981.

John Paul Jones Arena, or JPJ, is an arena owned by the University of Virginia in Charlottesville, Virginia. Since its opening in 2006, it serves as the home to the Virginia Cavaliers men's and women's basketball teams, as well as for concerts and other events. With seating for 14,593 fans (nearly twice the capacity of its predecessor, University Hall), John Paul Jones Arena is the largest indoor arena in Virginia and the biggest Atlantic Coast Conference basketball arena located outside of large metropolitan areas. opened for basketball on November 12, 2006, with Virginia defeating No. 10 ranked Arizona 93–90, handing Hall of Fame coach Lute Olson his first season-opening loss in six years.