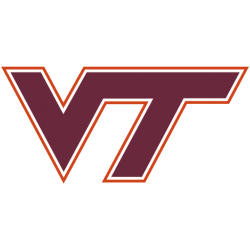 The Virginia Tech Hokies men's basketball team is a NCAA Division I college basketball team competing in the Atlantic Coast Conference. Home games are played at Cassell Coliseum, located on Virginia Tech's campus in Blacksburg.
The Hokies have made the NCAA Tournament 11 times, the most recent appearance coming in 2019. 2019 marked the first time the Hokies made the tournament in three consecutive years. They have reached the Sweet Sixteen twice, in 1967 and 2019. They advanced to the Elite Eight once in 1967. The team won two games in the tournament in 1967 and 2019, but has never won three games in March Madness.
Tech won the Metro Conference Tournament title in 1979. It won the Southern Conference regular season championship in 1959-60. It captured NIT titles in 1973 and 1995.

Cassell Coliseum is a 10,052-seat multi-purpose arena in Blacksburg, Virginia, United States, that opened in 1962. It is home to the Virginia Tech Hokies men's and women's basketball teams.
Built as a replacement for the much smaller War Memorial Gymnasium, the Coliseum's construction began in 1961. It was fully completed in December 1964 at a cost of $2.7 million. It was designed by Carneal and Johnston (now Ballou Justice Upton Architects, Richmond, Va) and built by T.C. Brittain and Company of Decatur, Georgia. Originally just referred to as "the Coliseum," it was dedicated on September 17, 1977 to the late Stuart K. Cassell, former school business manager, first Vice President of Administration, and major supporter of the building of the arena.