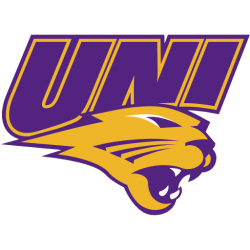 The McLeod Center is a 7,018-seat multi-purpose arena on the campus of the University of Northern Iowa (UNI) in Cedar Falls, Iowa, USA, currently housing the university's teams in men's and women's basketball, and women's volleyball. The arena opened on November 18, 2006, with a volleyball game against Bradley. The other three UNI teams made their debuts in the facility over the next three days — men's basketball versus Milwaukee on November 19, women's basketball against Iowa State on November 20, and wrestling versus Iowa on November 21.
The McLeod Center replaced the UNI-Dome as the home of the university's basketball teams and West Gymnasium as the home of the volleyball and wrestling teams (the wrestling squad moved back to the West Gym after the 2007-2008 season). The McLeod Center is located on the west end of the campus, directly south of the UNI-Dome and connected by a covered walkway that also houses an extensive athletic hall of fame.