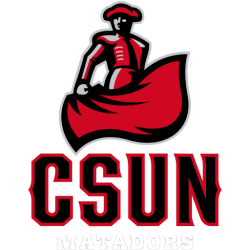 The Cal State Northridge Matadors men's basketball team is the men's college basketball program representing California State University, Northridge. The team currently competes in the Big West Conference of the NCAA's Division I. The Matadors' current head coach is Mark Gottfried.
Until 1972, the school and its teams were known as San Fernando Valley State College. The Matadors played their home games at local high schools until Matador Gymnasium was completed, before the start of the 1962–63 season.

Matador Gymnasium, most commonly known by its nickname the Matadome, is a 2,500 seat, indoor multi-purpose stadium on the campus of California State University, Northridge in Northridge, California. The Matadome was renovated in 2014. With the renovation, the Matadome now has a capacity of 2,500.[