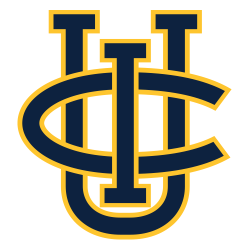 The UC Irvine Anteaters men's basketball team is the basketball team that represents the University of California, Irvine. The team currently competes in the Big West Conference, NCAA Division I.
UC Irvine basketball is in its ninth year under current head coach Russell Turner. Turner was an assistant coach with the Golden State Warriors, before accepting the head coaching role at UCI in 2010. The Anteaters' main rivals are the 49ers of Long Beach State. Program alumni include Washington Wizards head coach Scott Brooks and Cleveland Browns tight end Darren Fells.

The Donald Bren Events Center, commonly known as the Bren Events Center or the Bren, is a 6,000-seat indoor arena on the campus of the University of California, Irvine, in Irvine, California, United States.
It was conceived and planned in 1981, with the passage of a student referendum authorizing an assessment of $23 per student per quarter as of winter 1987. It opened January 8, 1987 with UCI Men’s Basketball vs. Utah State. Parkin Architects Limited served as the architects for the building, which was renamed "Donald Bren Events Center" in 1988. The University of California, Irvine renamed the structure in honor of real estate mogul and chairman of the Irvine Company, Donald Bren, upon receipt of a $1.5 million donation.