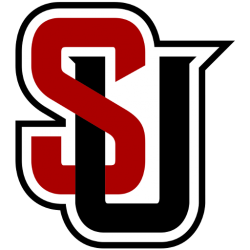 The Seattle Redhawks men's basketball team represents Seattle University in NCAA Division I basketball competition. Established in 1946, the team was previously known as the Seattle Chieftains. The program experienced success during the 1950s and 1960s, reaching the NCAA Division I Tournament 11 times. Led by 1958 No. 1 draft pick Elgin Baylor, Seattle finished runner-up in the 1958 NCAA Men's Division I Basketball Tournament.
Seattle was a member of NCAA Division I from 1946 to 1980, declassified to NAIA in 1980, and rejoined the Division I level in 2008. They are a member of the Western Athletic Conference (2012–present). They were previously a member of the West Coast Conference (1971–1980). The current head coach is Jim Hayford.

The New Arena at Seattle Center, formerly known also as KeyArena after a previous naming rights sponsorship, is a multi-purpose arena in Seattle, Washington, that is currently under redevelopment.
Redhawk Center is a 999-seat multi-purpose arena in Seattle, Washington on the campus of Seattle University. It was built in 1959 and is home to the Seattle University Redhawks women's basketball and volleyball teams, as well as the home court for the Redhawks men's team, which also plays at nearby KeyArena since 2008 when the school returned to NCAA Division I.