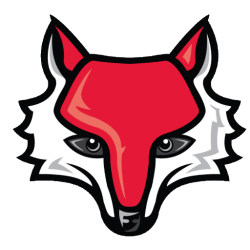 The Marist Red Foxes men's basketball team is the basketball team that represents Marist College in Poughkeepsie, New York, United States. The school's team currently competes in the Metro Atlantic Athletic Conference. The Red Foxes have qualified for the NCAA Tournament twice (1986, 1987), losing in the first round in both instances. Prior to joining the MAAC in 1997, Marist was a charter member of the ECAC Metro Conference in 1981; which became the Northeast Conference in 1988.
The Marist men's basketball team's first varsity season was 1961–1962 at the NCAA Division III level. For 20 years Marist would play at this level.

McCann Arena is a 3,200-seat multi-purpose arena in Poughkeepsie, New York, United States. It was built in 1977 and is home to the Marist College Red Foxes men's and women's basketball and women's volleyball teams.
The Field House's namesake is James J. McCann. McCann was born in Poughkeepsie in 1880, and operated, along with his family, the McCann Feed and Grain Store on Main Street. McCann did well in the stock market and used the assets to establish the McCann Foundation in 1967, two years before his death, which began awarding money in 1969 for "progressive human welfare work.