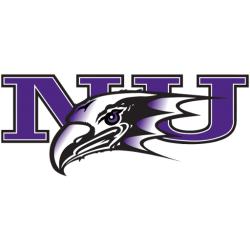 The Niagara Purple Eagles men's basketball team is the college basketball team that represents Niagara University in Lewiston, New York, United States. The school's team currently competes in the Metro Atlantic Athletic Conference. The team formerly played at the now-defunct Niagara Falls Convention and Civic Center from 1973 to 1982 and from 1988 to 1996.
Niagara has played in the NCAA Tournament three times. They last played in the NCAA Division I Men's Basketball Tournament in 2007. They played in the National Invitation Tournament on 14 occasions, advancing to the championship game in 1972 before losing to Maryland. Niagara has been ranked in the AP Final Polls twice, 16th in 1954 and 17th in 1970.

The Gallagher Center is a 2,400-seat multi-purpose arena at Niagara University's campus in Lewiston, New York. The structure was initially built in 1949 and substantially renovated in 1999. It is the home court of the Niagara Purple Eagles men's basketball and women's basketball and volleyball teams.
Originally known as the Niagara University Student Center, it was renamed in honor of John J. "Taps" Gallagher (1905-1982) on May 23, 1982. Coach Gallagher guided the Purple Eagles men's team for 31 seasons (1931-1943 and 1946-1965), leading the team to 25 winning seasons, including 11 Little Three championships and seven appearances in the National Invitation Tournament when the NIT was the premiere postseason tournament. At the time of his retirement, he was the 12th winningest coach in college basketball history.