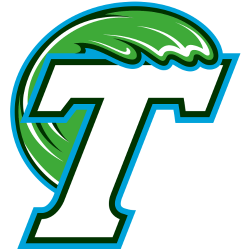 The Tulane Green Wave men's basketball team represents Tulane University in NCAA Division I college basketball. The team competes in the American Athletic Conference. They play home games on campus in Devlin Fieldhouse, the 9th-oldest active basketball venue in the nation. The team's last appearance in the NCAA Division I Men's Basketball Tournament was in 1995.
Tulane is the only school from the original Metro Conference that remained in the conference through its 1975 founding, the 1991 breakup that saw several schools form the Great Midwest Conference, the 1995 reunification that created today's Conference USA, and the 2004 realignment of conferences. It rejoined many of its previous conference mates when it became a member of the American Athletic Conference in 2014.
Cont

Avron B. Fogelman Arena in Devlin Fieldhouse is a 4,100-seat, multi-purpose arena built in 1933 on Tulane University's Uptown campus in . Since its opening, it has been home to the Tulane Green Wave men's and women's basketball teams and the women's volleyball team. Devlin is the 9th-oldest continuously active basketball venue in the nation. Devlin Fieldhouse is known for its halftime shootarounds with former greats Jack Pontin, Christian Marks, Karl Hoefer, Will Hillery, Chris Chimento, and Hunt Conroy.