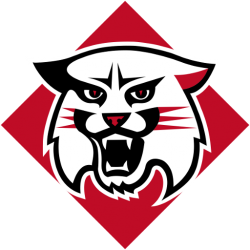 The Davidson Wildcats basketball team is the basketball team that represents Davidson College in Davidson, North Carolina, in the NCAA Division I. The school's team currently competes in the Atlantic 10 Conference. The team last played in the NCAA Division I Men's Basketball Tournament in 2018. The Wildcats are currently coached by Bob McKillop. Davidson plays its home games at the Belk Arena in Baker Sports Complex on the school's campus.

John M. Belk Arena is a 5,295-seat multi-purpose arena, located on the campus of Davidson College, in Davidson, North Carolina, United States.
It is named for Davidson alumnus and benefactor John M. Belk (1920–2007), class of 1943.
As the centerpiece of the Baker Sports Complex, it is home to the Davidson Wildcats men's and women's basketball teams, the Davidson Wildcats wrestling team, and the women's volleyball team.