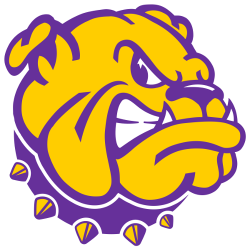 LeRoy A. Ufkes Court at Western Hall is a 5,139-seat multi-purpose arena in Macomb, Illinois. It was built in 1964. It is home to the Western Illinois University Leathernecks men's and women's basketball teams and the women's volleyball team.
Completed in 1964, its stadium-style seats, combined with bleachers in the upper levels, accommodate 5,139 fans surrounding the maple wood floor.