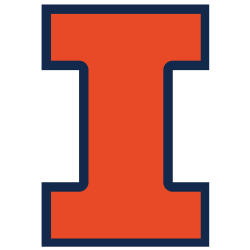 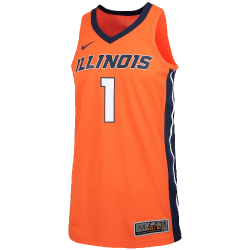 The Illinois Fighting Illini men's basketball team is an NCAA Division I college basketball team competing in the Big Ten Conference. Home games are played at the State Farm Center, located on the University of Illinois at Urbana–Champaign's campus in Champaign. Illinois has one pre-tournament national championship in 1915, one retroactive national championship awarded in 1943 by the Premo-Porretta Power Poll. Illinois has appeared in the NCAA Division I Men's Basketball Tournament 30 times, and has competed in 5 Final Fours, 9 Elite Eights, and has won 17 Big Ten regular season championships.

The team is currently coached by Brad Underwood, who was hired on March 18, 2017. Through the end of the 2017–18 season, Illinois ranks 12th all-time in winning percentage and 15th all-time in wins among all NCAA Division I men's college basketball programs. State Farm Center, stylized as StateFarm Center, is a large dome-shaped 15,500-seat indoor arena located in Champaign, Illinois, owned and operated by the University of Illinois at Urbana-Champaign. The arena hosts games for the Illinois Fighting Illini men's basketball and women's basketball teams. It also doubles as a performance and event center, and is one of the largest venues between Chicago and St. Louis. It opened in 1963 and was known until 2013 as Assembly Hall until State Farm Insurance acquired naming rights as part of a major renovation project.