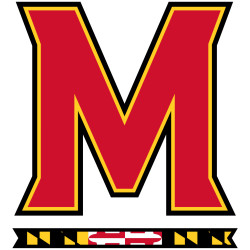 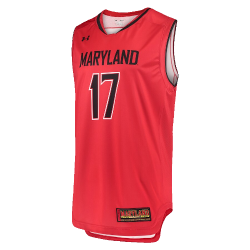 The Maryland Terrapins men's basketball team represents the University of Maryland in National Collegiate Athletic Association Division I competition. Maryland, a founding member of the Atlantic Coast Conference (ACC), left the ACC in 2014 to join the Big Ten Conference.
Gary Williams, who coached the Terrapins from 1989 to 2011, led the program to its greatest success, including two consecutive Final Fours, which culminated in the 2002 NCAA National Championship. Under Williams, Maryland appeared in eleven straight NCAA Tournaments from 1994 to 2004. He retired in May 2011 and was replaced by former Texas A&M coach Mark Turgeon.
The Terrapins played in what many consider to be the greatest Atlantic Coast Conference game in history — and one of the greatest college basketball games ever — the championship of the 1974 ACC Men's Basketball Tournament, in which they lost 103–100 in overtime to eventual national champion North Carolina State. The game was instrumental in forcing the expansion of the NCAA Men's Division I Basketball Championship, thus allowing for at-large bids and the inclusion of more than one team per conference. That Maryland team, with six future NBA draft picks, is considered by many to be the greatest team not to have participated in the NCAA tournament. Xfinity Center is the indoor arena and student activities center that serves as the home of the University of Maryland Terrapins men's and women's basketball teams. Ground was broken in May 2000 and construction was completed in October 2002 at a cost of $125 million. It replaced Cole Field House as the Terrapins' home court, which had served as the home of Maryland basketball since 1955.
The on-campus facility was originally named the Comcast Center after Comcast Corporation purchased a 20-year, $25 million corporate naming agreement when the arena opened in 2002. In July 2014, it was renamed Xfinity Center after Comcast's cable brand, Xfinity.

Xfinity Center, which has a capacity of 17,950, opened for Midnight Madness on October 11, 2002 and the first official men's game was a 64-49 victory over Miami University (Ohio) on November 24, 2002. In its first season, 281,057 fans visited to watch Terrapin basketball games for a per-game average of 17,566 as Maryland finished fifth in the nation in attendance. On January 25, 2012, the court was renamed in honor of Gary Williams, the men's basketball coach who retired the previous year.

Though Xfinity Center is the largest arena in the state of Maryland, it is the second-largest arena in the Washington, D.C. metropolitan area by seating capacity, just behind Capital One Arena in Washington, D.C., which has an official seating capacity of roughly 500 more than Xfinity Center. The facility is also used for concerts, graduation ceremonies including those for the University of Maryland, state high school basketball tournaments, and other special events. Concert seating capacity is nearly 19,000. 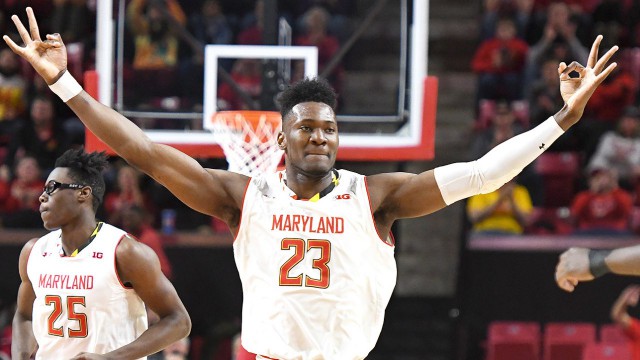