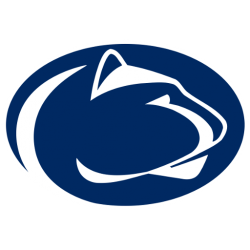 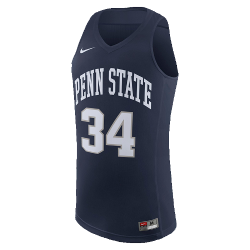 The Penn State Nittany Lions basketball team is a NCAA Division I college basketball team representing the Pennsylvania State University. They are a member of the Big Ten Conference and play home games at the 15,261-seat Bryce Jordan Center, moving there from Rec Hall during the 1995–96 season. Their student cheering section is known as the Legion Of Blue.
The program has nine NCAA tournament appearances with its best finish coming in 1954, reaching the Final Four. Its most recent appearance was in 2011, when the team lost to the Temple Owls in the round of 64. The program also has 11 appearances in the National Invitation Tournament, with the most recent being in 2018, when they beat Utah to win the NIT championship. They also won the NIT championship in 2009. The Bryce Jordan Center is a 15,261-seat multi-purpose arena in University Park, Pennsylvania, United States, on the University Park campus of the Pennsylvania State University. The arena opened in 1995 and is the largest such venue between Philadelphia and Pittsburgh. It replaced Rec Hall as the home to the Nittany Lions men's and women's basketball teams, the Pride of the Lions Pep Band, and its student section, Legion Of Blue. It also plays host to a number of events such as music concerts, circuses, and commencement ceremonies for colleges within the university. The arena is named after former Penn State University president Bryce Jordan who was instrumental in acquiring the funding needed to build it.