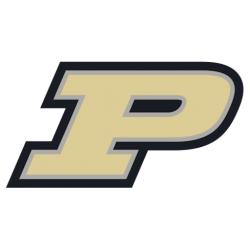 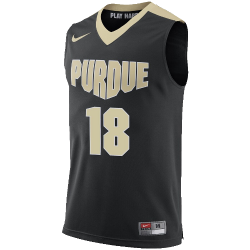 The Purdue Boilermakers basketball team is a college basketball program that competes in NCAA Division I and is a member of the Big Ten Conference. Purdue basketball has the most Big Ten Championships with 24. The Boilermakers have reached two NCAA Tournament Final Fours. The 1931–32 team was retroactively named the national champion by the Helms Athletic Foundation and the Premo-Porretta Power Poll. Purdue has sent more than 30 players to the NBA, including two overall No. 1 picks in the NBA draft.
The history of Purdue basketball dates back to 1896 with their first game against the Lafayette YMCA. In the 1902–03 season, head coach C.I. Freeman, in his only season, led them to an undefeated 8–0 record. Upon conclusion of the season, the university recognized the popularity of the sport and made it part of the Purdue University Athletic Association. The Boilermakers began play in the Big Ten Conference three years later, with its first championship coming in 1911 under the direction of Ralph Jones. Mackey Arena is located in West Lafayette, Indiana. Part of the Purdue University campus, it is home to the university's basketball teams, and occasionally hosts home games for the volleyball and wrestling teams. The arena opened in 1967 as a replacement for Lambert Fieldhouse.
Originally named Purdue Arena, it was renamed in 1972 to honor Purdue alumnus and long time athletic director Guy "Red" Mackey. On December 12, 1997, the floor was renamed Keady Court in honor of longtime men's coach Gene Keady. The circular arena, similar to several built in the 1960s, seats 14,804, and is considered by many as one of the loudest arenas in the nation due to its domed aluminum roof. 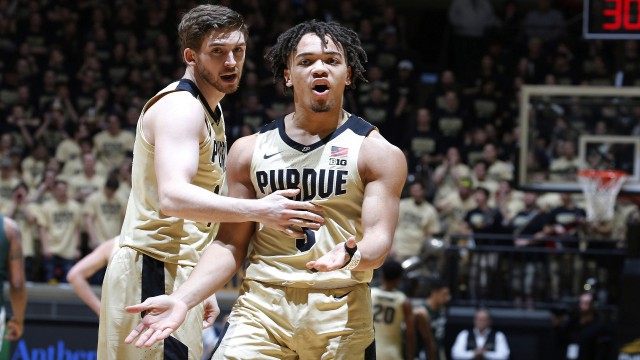