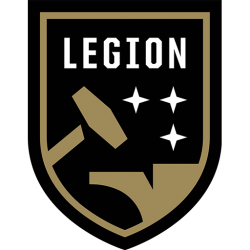 Birmingham Legion FC is an American professional soccer club based in Birmingham, Alabama, that competes in the USL Championship, the second division of American soccer. The team was established in August 2017 and began their first professional season on March 10, 2019.

BBVA Field is a soccer-specific stadium located in Birmingham, Alabama, United States on the campus of the University of Alabama at Birmingham (UAB) that has served as the home field for both the UAB Blazers men's and women's soccer teams since its opening in October 2015 as the replacement for West Campus Field. Development of the stadium was facilitated after BBVA USA made a $1.5 million donation to the university for its construction in November 2014.

In February 2018, the Board of Trustees approved a $7.3 million expansion of the facility from 2,500 to 5,000 seats. The expansion was financed in part by the Birmingham Legion FC who agreed to an eight-year lease to play at the stadium starting in 2019 for $350,000 annually.