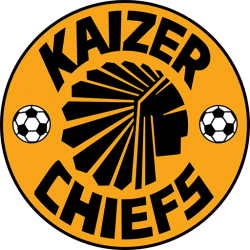 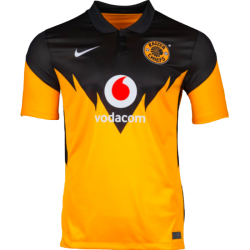 Kaizer Chiefs Football Club is a South African professional football club based in Naturena in Johannesburg that plays in the Premier Soccer League. The team is nicknamed Amakhosi which means "Lords" or "Chiefs" in Zulu, and the Phefeni Glamour Boys, They are one of the most supported clubs in the country, drawing an average home attendance of 14,873 in the 2018/2019 season, the second highest in the league, The team plays it's home matches at FNB Stadium.

Chiefs were banned by the Confederation of African Football (CAF) from competing in African club competitions until 2009 after their abrupt withdrawal from the 2005 CAF Confederation Cup. This was the second time in four years that Chiefs had been penalized by CAF for refusal to participate in a scheduled CAF competition.

It is the most supported team in sub-Saharan Africa with a support base of over 16,000,000 fans and the only team with over 50 club trophies amongst the top 3 teams in South Africa.

Kaiser Chiefs, a British indie/britpop band, was named after the club because Lucas Radebe, a former player of Kaizer Chiefs, captained Leeds United, the team they all supported.

First National Bank Stadium or simply FNB Stadium, also known as Soccer City and The Calabash, is a football and Rugby union stadium located in Nasrec, bordering the Soweto area of Johannesburg, South Africa. The venue is managed by Stadium Management South Africa (SMSA) and is a home of Kaizer Chiefs F.C. in the South African Premier Soccer League as well as key fixtures for the South African national football team.

It is located next to the South African Football Association headquarters (SAFA House) where both the FIFA offices and the Local Organising Committee for the 2010 FIFA World Cup were housed. Designed as the main association football stadium for the World Cup, the FNB Stadium became the largest stadium in Africa with a capacity of 94,736. However, its maximum capacity during the 2010 FIFA World Cup was 84,490 due to reserved seating for the press and other VIPs. The stadium is also known by its nickname "The Calabash" due to its resemblance to the African pot or gourd.

It was the site of Nelson Mandela's first speech in Johannesburg after his release from prison in 1990, and served as the venue for a memorial service to him on 10 December 2013. It was also the site of Chris Hani's funeral. It was also the venue for the 2010 FIFA World Cup Final, which was played by the Netherlands and Spain. The World Cup closing ceremony on the day of the final saw the final public appearance of Mandela.